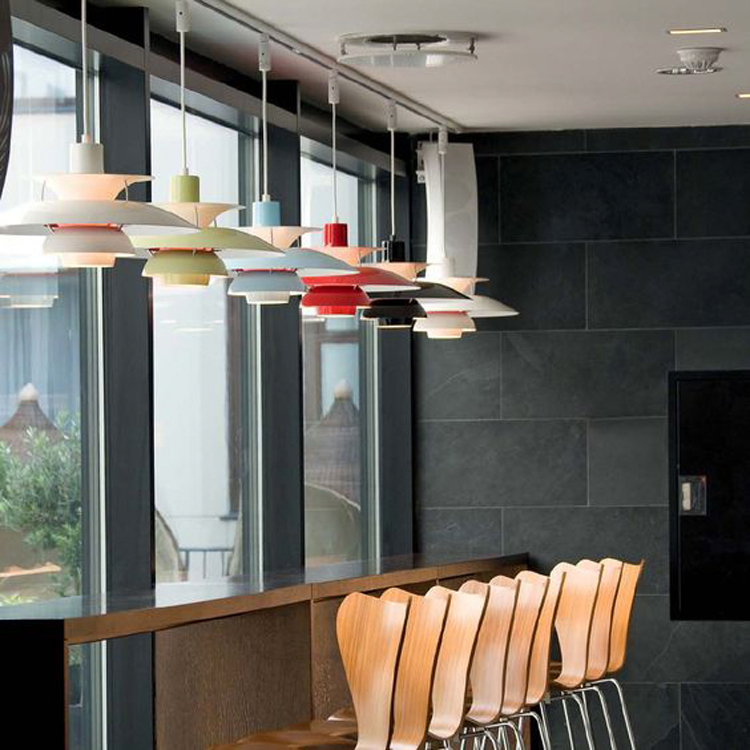 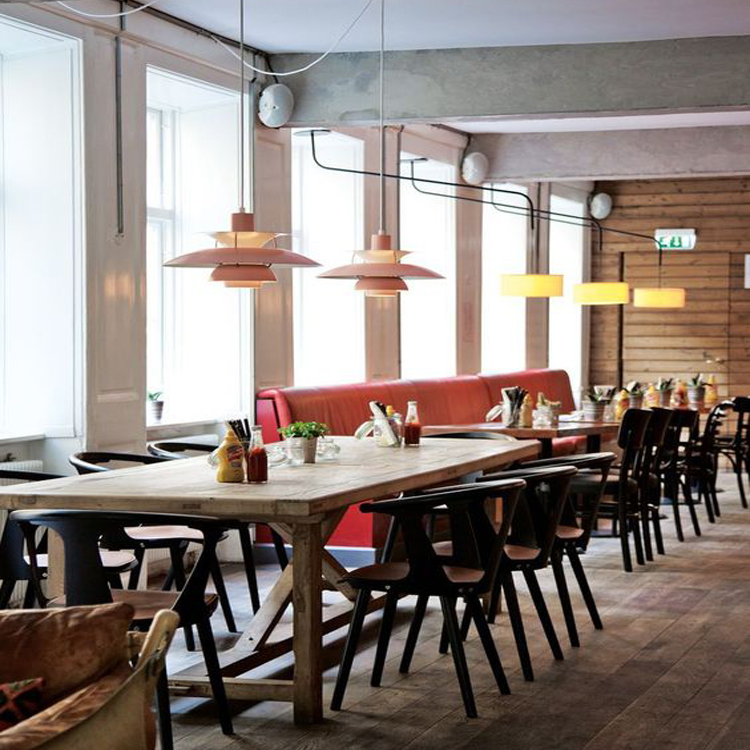 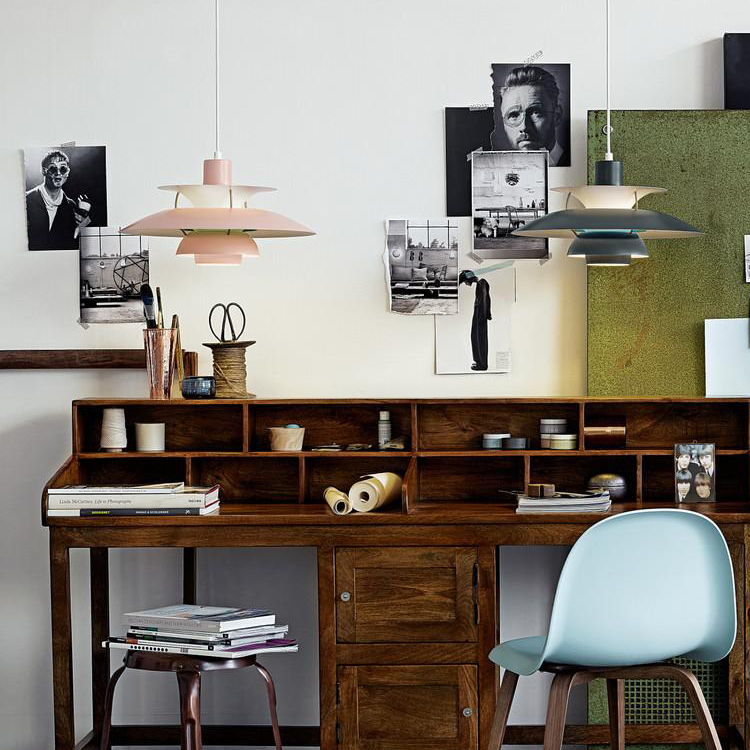 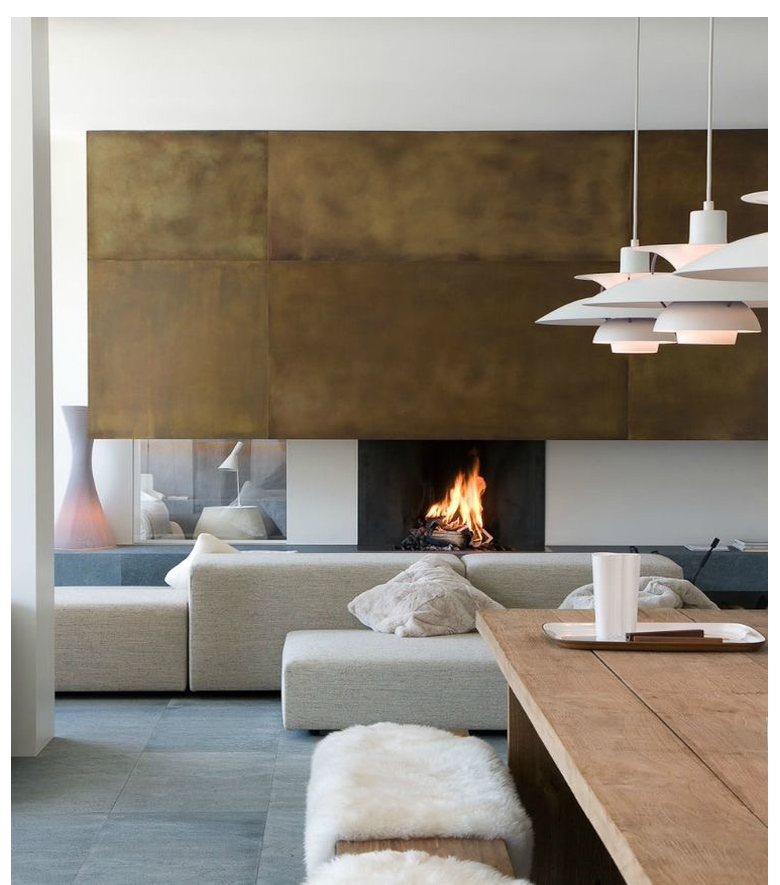 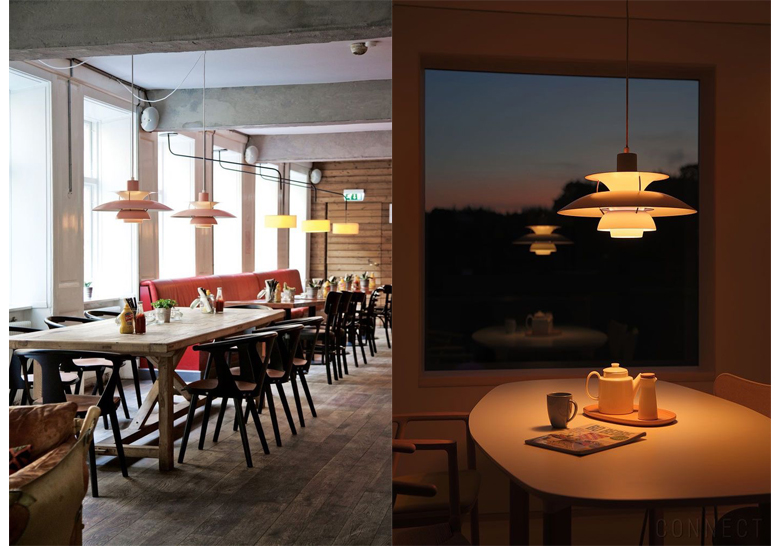 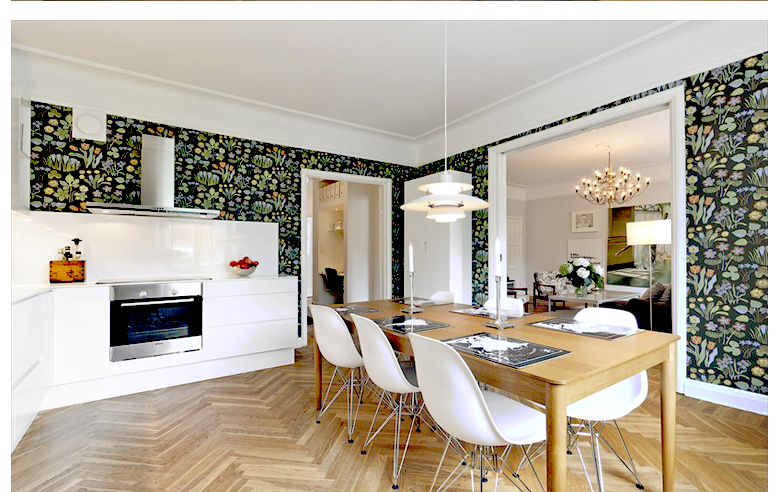 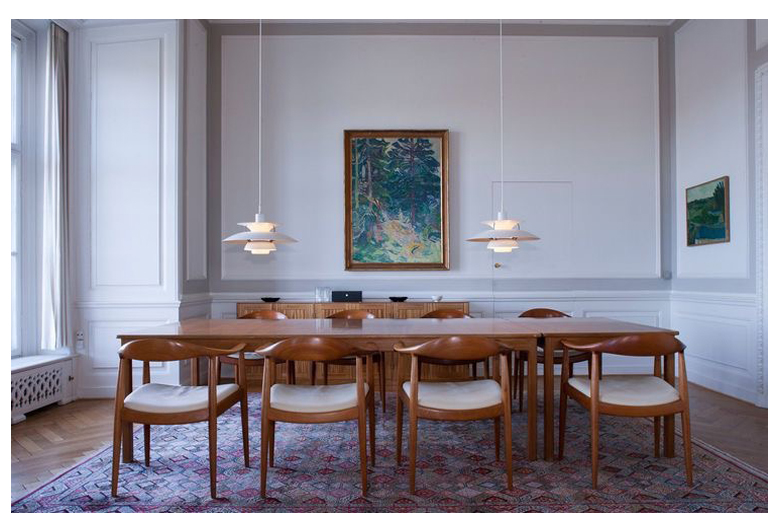 Born in 1894, Henningsen was a forward-thinking artisan of his time and a leader in the mid-century Danish Modern movement between World Wars I and II. He grew up in a very tolerant home and met many famous authors as a result of his parentage between writer Agnes Henningsen and satirist Carl Ewald. Educated as an architect, Henningsen .or PH as he was known in Denmark … never graduated from school but fancied himself an inventor and a painter.

Having graced the halls of universities, restaurants and libraries in Europe for decades, the PH5 Pendant Lamp is one of Poul Henningsen's most recognizable lighting designs. Constructed by Louis Poulsen, the original manufacturer since 1958, the shade comprises layers of varying sizes and shapes that direct light both horizontally and vertically. To lend further warmth to the quality of light, Henningsen ingeniously applied primary red to the interior of the inside cone and blue to the smallest reflector to absorb both light spectrums. Striking in form, but compact enough to be used in multiples, it is a versatile design statement for residential and commercial spaces. UL-listed. Bulb (not included): 200W/120V A23 incandescent.